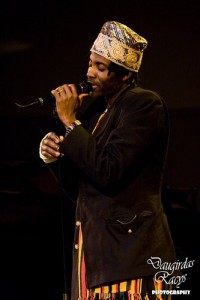 Kasai Masai’s music reflects their journey from the rural to urban, performing music which has been passed on from generation to generation combined with their own contemporary style.

Written in Swahili, Lingala and Kimongo, Kasai Masai’s lyrics portray the cultural diversity of Congo where more than four hundred languages are spoken.

“Kasai Masai successfully marry a respect for vintage grooves with an overwhelming urge to move the dance floor this is the sound of the old and new, of the countryside and the city, from deep in the heart of Africa…”